Every year, the Daily News brings together experts in a variety of fields to discuss important issues relating to health, longevity and improving the quality of life. 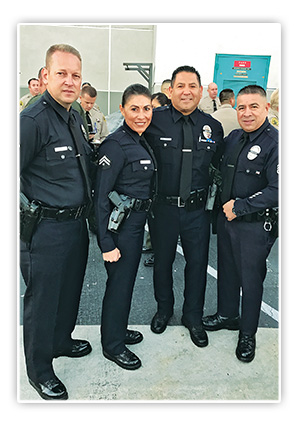 The Devonshire Senior Lead Officers partner with members of the community to affect change within the community through communication, teamwork and strong community relations. The police and community work together to improve the quality of life through crime prevention, safety, and community awareness and they will share some valuable insight and tips on staying safe in your community.

The LAPD Devonshire Division is an exhibitor at the expo. 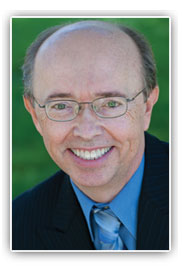 There are 11 different Medicare supplement plans available from dozens of carriers. In this session, Mr. Davis will cover the following:

• Should I join Medicare or stay on my Employer plan?
• Should I stay on my individual health plan or enroll in Medicare?
• Which Medicare supplement plan should I choose?
• When can I enroll on a guaranteed basis?
• How often should I shop coverage?
• What changes are occurring under MACRA? What’s happening with Plan F?
• If I’m planning on moving what issues should I be addressing?

Paul Davis has been providing sound advice to his clients for over 34 years. He has been recognized as the best insurance agent by readers of the Los Angeles Daily News for the past 17 years. Paul is known for providing value to his clients with honesty and integrity. His knowledge of Medicare supplement plans and their nuance is exceptional.

Paul Davis Insurance Services is an exhibitor at the expo. 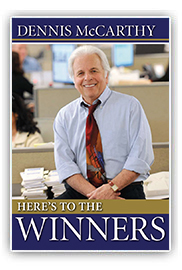 Dennis McCarthy, long time Los Angeles Daily News columnist, has spent his career talking to and writing about “the uncommon common man or woman.” He has won numerous awards for journalistic excellence from the industry’s top trade associations, including three awards for Best Local Columnist from the California Newspaper Publishers Association.

Dennis will entertain with fun and inspirational stories from interesting seniors he’s met that defy the word “aging.” He’ll also add some personal observations including saying goodbye to his “60’s” and welcoming his “70’s”. Dennis’ latest book Here’s to the Winners provides favorite stories from 30 years of talking to war vets, school teachers, cops, firefighters, nurses, social workers, barbers, bartenders and anybody else in town who could point him in the direction of a good human interest story.

Jonathan M. Blau, MD specializes in orthopaedic surgery. He has been a member of Valley Presbyterian Hospital’s Medical Staff since September 2017.

His practice focuses on both primary and revision hip and knee replacement surgery. Dr. Blau is passionate about providing his patients with the highest quality of care by staying up to date on the latest medical innovations while also focusing his attention on preventive care in the outpatient setting. He devotes much of his time to educating his patients about their conditions, treatment options, and outcomes, as he believes the best patient care is only possible when a strong partnership is formed between the surgeon and patient.

Valley Presbyterian Hospital is a sponsor at the expo.

Medicare can be confusing…different plans, lots of choices, annual changes… what does it all mean? In this seminar, we will review the Medicare system and then, learn how to get the most out of it. Just because your friends say they are on the best plan, does NOT mean it is ideal for you. Come learn how to increase your benefits, decrease your costs and have an advocate in your corner to coordinate your benefits and keep you ahead of the curve year after year.

Steven Rukhman is a local certified and licensed Medicare Insurance specialist. He represents the top Medicare Advantage and Prescription Drug Plans in Los Angeles County. Having worked with and helped hundreds of seniors, he can provide personal guidance in understanding your options. Steven can help you maximize your hard-earned Medicare benefits with a no cost, no obligation consultation.

HealthCare Partners is a sponsor at the expo.

Talking with an older family member about driving is often difficult. Most of us put off that talk until the person’s driving has become what we believe to be dangerous. When driving stops mobility needs to continue, and senior drivers deserve counsel and assistance in looking for other options. The CHP developed this free Age Well, Drive Smart class that provides older drivers the tools to driving safer and driving longer. The class is a great way for our seniors to educate themselves, evaluate their driving abilities, and improve their driving skills.

California’s older driver population is numbering about 2.9 million today. It is estimated that there will be over four million residents age 65 and older in California by the year 2020. Knowing that much of this community still relies on driving as their primary means of transportation, which is why this program is so key. The program is supported by the “Keeping Everyone Safe” grant from the California Office of Traffic Safety.

The California Highway Patrol is an exhibitor at the expo. 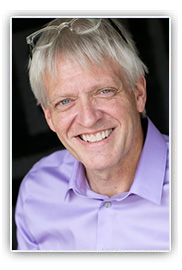 Columnist Doug McIntyre has been writing for the L.A. Daily News and the Southern California News Group for more than a decade, with an eye on life as lived in SoCal as well as the wider world beyond. With a sense of history and humor, Doug calls it as he sees it and is trying his best to make sense of an often times senseless world

McIntyre is also the former long-time morning show host of “McIntyre in the Morning” on Talk Radio 790 KABC. He has been consistently ranked by his peers among the Top 50 hosts in America. A TV/Film writer-producer, Doug worked on the hit series, “Married… With Children”, “WKRP in Cincinnati”, “Full House”, “Mike Hammer” and the award-winning PBS series, “Liberty’s Kids.” Together with his wife, Penny Peyser, Doug wrote/produced/directed the feature documentary, “Trying to Get Good: The Jazz Odyssey of Jack Sheldon.” 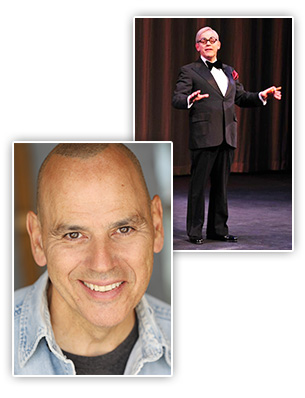 “When I was a kid the Dead Sea was only sick…”

To know George Burns is to love George Burns. The cigar, the glasses, the wit and the kind Grandfather like image he projected in his later years, all found a way into our hearts, and many of us grew up with George as another member of the family. Join us on a stroll along nostalgia lane.

This one-man, musical, comedy performance of our beloved George Burns is sure to warm your heart and tickle your funny bone.

Duffy Hudson is an actor, director, writer, teacher and filmmaker. He has performed on and off Broadway, in film and television. He performs his several one-man shows all across the country and has been voted “Best One Man Show” 3 years in a row by the Los Angeles Daily News. 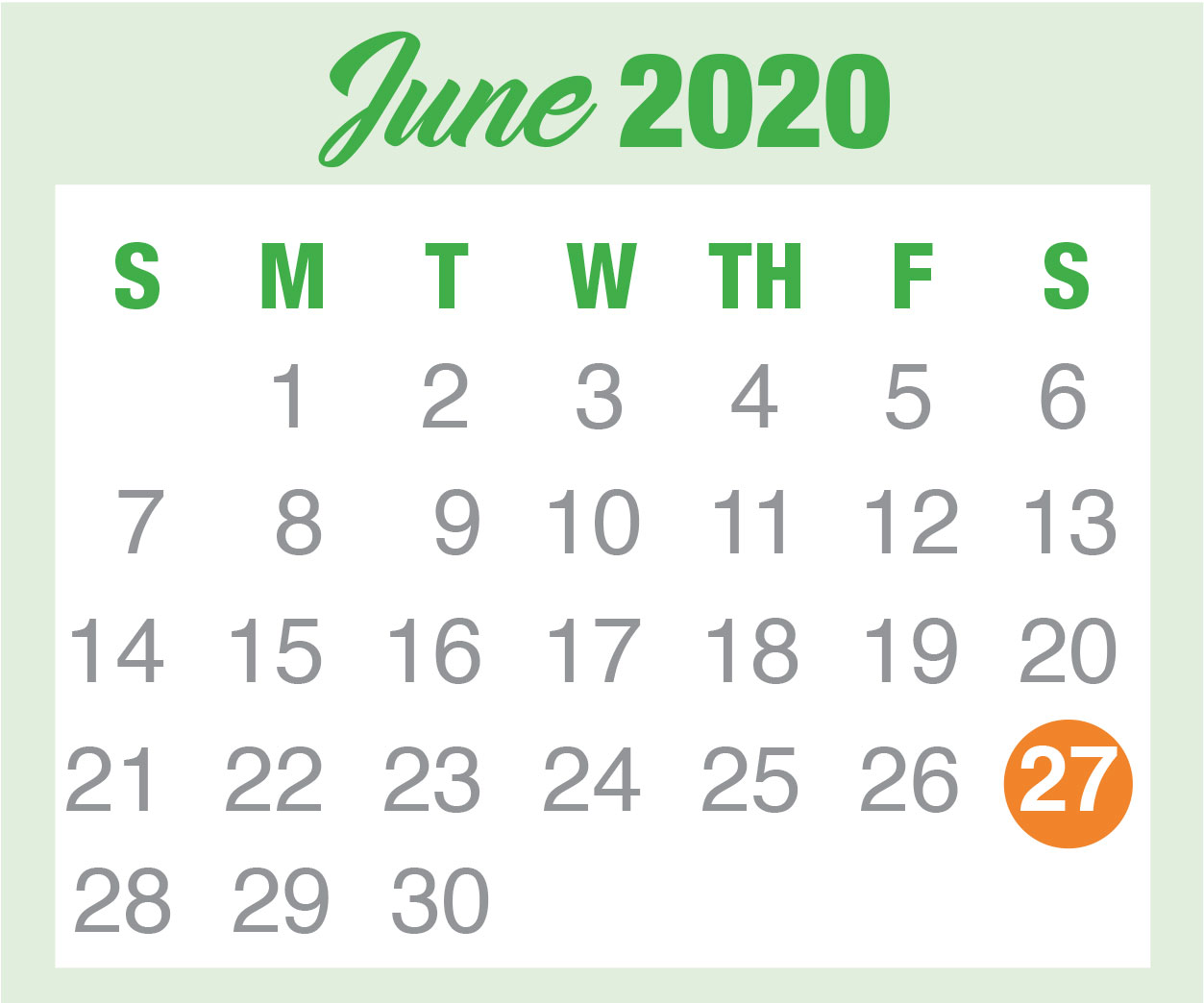 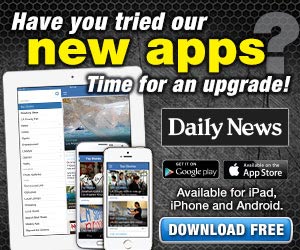 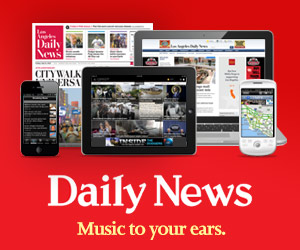 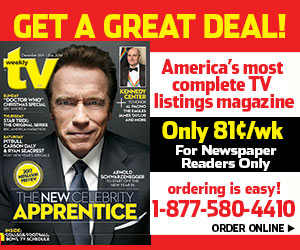